He was the son of Frederick Alfred White, also a master mariner FG (Foreign Going) who died in 1920. Frederick Alfred White’s early death made his son eligible to be educated at Bearwood College, Wokingham. The Royal Merchant Navy School was a public school set up to educate the sons and grandsons of merchant sailors lost at sea. 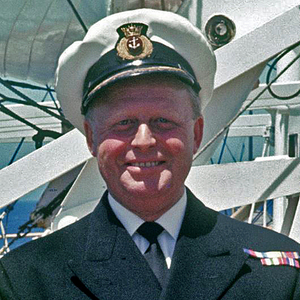 Freddy White joined Bearwood in 1927 and appears to have been a good all-rounder, enjoying cricket, football and rowing. He graduated from the College in 1932. Bearwood must have left a lasting impression on him, as when he was later asked to become a governor of the school he readily accepted!

After school he joined Eagle Oil, serving four years sea time as a deck cadet, after which he took and passed his second mate’s ticket. He then went onto successfully gain his mates FG and masters ticket FG. 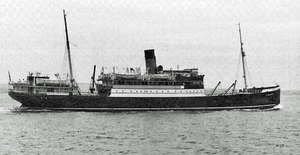 In 1939 he joined the Eagle Oil tanker San Casto and by chance went to the Falkland Islands. Most of his sea time had been spent running between Aruba and Lake Maracaibo and little did he realise that this visit was to have a profound effect on his life.

He met and fell in love with Elena (Nell) Pitaluga of Salvador. They were married in July 1940 in Christchurch Cathedral, Stanley.

During the Second World War, he continued to work on oil tankers for Eagle Oil. After the war he returned to the Falklands and to Nell. Subsequently they had two children: Ian in 1946 and Stephanie in 1950.  They lived in Marmont Row and later at 'Hambledon', Ross Road 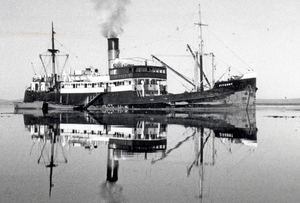 White then joined the Falkland Islands Company as a ship's master.. As master he picked up the SS Lafonia, formerly the SS Perth on 12 October 1946 from Dundee and delivered her to Stanley on 3 December that year.. The Fitzroy under the command of White was chartered by the Falkland Islands Dependencies Survey (FIDS) for the 1946/47 (leader K. S. PIERCE-BUTLER) and 1947/48 (leader V. E. FUCHS) seasons to relieve and establish bases at the South Shetland Islands and on the Antarctic peninsula. During the 1946/47 season the ship carried Governor Sir Miles CLIFFORD on a tour of inspection.. Subsequently White continued as master of the SS Fitzroy until May 1957 when she was delivered to the breakers yard.

White then took delivery of the brand-new RMS Darwin on 17 June 1957 in the UK and brought her back to Stanley in August 1957.  The Darwin made monthly camp trips round the Falkland Islands; to and from the various settlements, delivering and collecting mail, food, hardware, necessities and of course the annual wool clip. She also made trips at the same frequency to and from Montevideo and visited South Georgia as necessary on the same tasks. 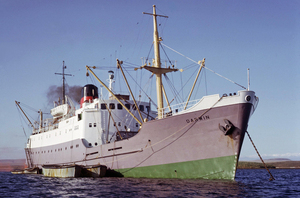 In 1967 he was honoured in the New Year’s Honours List, being awarded an OBE and in April 1967 he and Nell left the Islands for UK as he had been elected to Trinity House as an Elder Brother. One of his projects while there was the design, build and commissioning of the Royal Sovereign lighthouse, which replaced a lightship.

White died unexpectedly from a brain haemorrhage on 11 January 1975 aged 58, after a short but action-packed life. He is fondly remembered for his sense of humour, his larger-than-life personality and fairness as a skipper that is rarely seen. 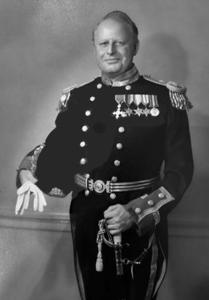 Freddy White’s wife - Elena (Nell; 1918 -1989) - was a member of the Pitaluga family, one of the first settler families in the Falklands.  Andrez PITALUGA first came to the Falklands in 1838. Nell White was the sister of Robin PITALUGA and Nanette KING – both of whom have biographies in this Dictionary.

The Corporation of Trinity House (formally known as The Master Wardens and Assistants of the Guild Fraternity or Brotherhood of the most glorious and undivided Trinity and of St Clement in the Parish of Deptford Strond in the County of Kent), is the official authority for lighthouses in England, Wales, the Channel Islands and Gibraltar. Trinity House is also responsible for the provision and maintenance of other navigational aids, such as lightvessels, buoys, and maritime radio/satellite communication systems. It is also an official deep sea pilotage authority, providing expert navigators for ships trading in Northern European waters. 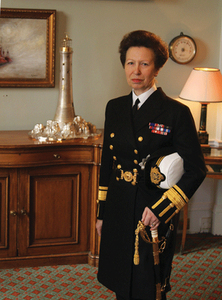 Trinity House is also a maritime charity, disbursing funds for the welfare of retired seamen, the training of young cadets and the promotion of safety at sea.

Funding for the work of the lighthouse service comes from "light dues" levied on commercial vessels calling at ports in the British Isles, based on the net registered tonnage of the vessel.

The corporation was founded in 1514. Trinity House is ruled by a court of thirty-one Elder Brethren, presided over by a Master.

In 2011,The Princess Royal succeeded the Duke of Edinburgh as Master. (text from Wikipedia).

I think you should mention that in the Fitzroy under the command of Captain White was chartered by the Falkland Islands Dependencies Survey (FIDS) in the 1946/47 (leader K. S. PIERCE-BUTLER) and 1947/48 (leader V. E. FUCHS) seasons to relieve and establish bases at the South Shetland Islands and on the Antarctic peninsula. In the 1946/47 season the ship carried Governor SIR G. MILES CLIFFORD on a tour of inspection.