merchant, was born in Stanley on 21 June 1869, the third child of Carlos Guilherme from the Azores, who had settled in the Falklands in the early 1860s.

Guilherme was naturalised in 1867 and anglicised his name to Charles Williams, working as a tailor and publican in Stanley. Louis' mother was Catherine Carey an Irish widow, née McDonald, who married his father at Holy Trinity Church, Stanley on 7 March 1871. She went on to have four more children by Charles Williams, so Louis grew up with six brothers and sisters and two half brothers, children of Catherine Carey's earlier life. 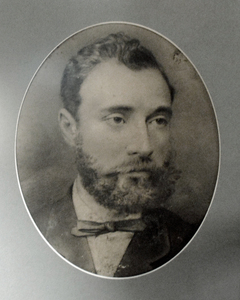 520 Believed to be Louis Williams

In 1884 Louis' older brother John was drowned, so Louis became the heir to his father's business, which now included a public house on Ross Road, the Esperanza Hotel. Later Charles Williams opened the Globe Hotel and Store and by 1891, owned, in addition to his business premises, no less than seven houses in Stanley. In 1893 the Globe Hotel transferred from John Street to its present site on the corner of Crozier Place and Philomel Hill.

Charles Williams also began to investigate business opportunities in Patagonia and in 1893 the second of his four daughters, Mary Julia, married Walter Curtze, a German shipping agent for the Kosmos line who lived in Punta Arenas. Curtze helped his father-in-law establish an estancia near Río Gallegos and Louis Williams was increasingly left to manage the family business in the Falklands. 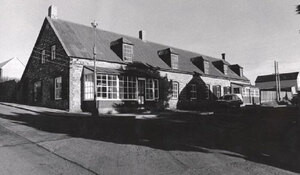 Louis Williams traded successfully and became a prominent member of Stanley society. He was made a JP in 1903 and Governor ALLARDYCE considered selecting him for LegCo in May 1906: 'Mr Williams is a comparatively young man with a considerable amount of energy and enterprise for this country...and [has] shown himself to be distinctly public spirited. He is bound to come later'. Williams did indeed become a member of LegCo in 1908 and was made a member of ExCo in March 1913.

His father Charles Williams had died in Patagonia in 1907, leaving Louis Williams in sole charge of the Falklands business. On 8 August 1912 he married Ada Majorie Bossingham at the Brompton Oratory in London and they returned to live at Waverley House in Stanley, the Williams family home on the corner of John Street and Philomel Hill. 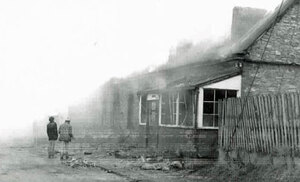 Less than eighteen months after his marriage, Louis Williams was killed in a tragic accident. On 20 November 1913, he was travelling to Kidney Island in the steam launch Penguin on an outing with his wife and a number of friends. One of them was William James Roper, the government chief clerk, whose loaded Winchester rifle had been laid on the hatchway. The gun went off and the bullet hit Williams. The launch immediately returned to Stanley and an operation successfully removed the bullet, but Louis Williams died that same evening, aged only 44. An inquest held the following day returned a verdict of accidental death. The Church Magazine described his funeral, which took place on 25 November at St Mary's and was conducted by Father MIGONE.

The general work in Stanley was closed down for the half day, both the Government and Company issuing orders that no labour was to be done. The funeral party left the house shortly after 3 and was one of the very largest processions ever seen in Stanley. Amongst those present, together with immediate relations, were His Excellency the Administrator [JQ DICKSON], the Volunteers, the Stanley Benefit Club and the Stanley troop of BP Scouts, together with the children of St. Mary's School........ there was also a very large crowd of sympathisers. ....... The terrible tragedy cast a very deep gloom over the city of Stanley. It seems even now almost impossible to realise that we shall never see again amongst us the mortal form of him whom everyone respected. 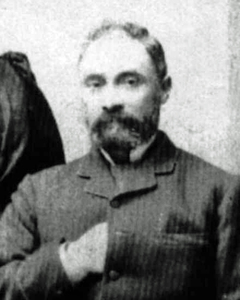 Allardyce, who was away on leave at the time of the accident, commented bitterly on his return that Roper seemed unaware of the damage he had done, causing a real loss to the colony of a successful business man who would have invested his profits in Stanley, not remitted them to the UK.

Louis Williams and his wife had no children. Louis' only surviving brother, Joseph, had died in Patagonia in 1903 and his four sisters were all married and lived abroad. So his widow was left with the ownership of his estate. She arranged for a local manager and returned for a time to her family in England, but when it became clear that the business was not going well, she travelled back to the Falklands. After consulting her late husband's relatives in Chile, she appointed a young Anglo-Argentine accountant, Ernesto ROWE to take charge of running the business of Estate Louis Williams in Stanley. 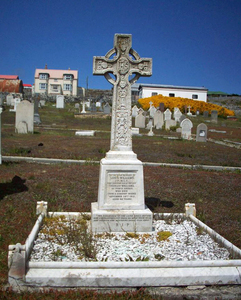 The company, whose name was never changed, flourished under Rowe's management. Centred on the Globe Store in Stanley, it became a mainstay of Falklands commercial life and remained so until Rowe's death in 1975 and the destruction of the Globe Store by fire in 1982.

Although Louis Williams sadly died before his potential to contribute to the community could be fully realised, his name remained associated with integrity and commercial success in the Falklands for the rest of the twentieth century.